Namibia and its People

Namibia and its People

The Republic of Namibia is found in the southwestern region of the African continent. Its borders are defined by the Atlantic Ocean in the west, while its land borders comprise of Angola and Zambia in the north and northeast, Botswana to the east with South Africa forming part of the southeastern border and covering the whole of the southern border along the Orange River. Interestingly the northeastern border to Botswana, Zambia and Zimbabwe is known as the African Quadripoint where the Chobe River joins the Zambezi River on its long journey towards the Indian Ocean on the eastern side of southern Africa.

The southwestern regions of the African continent were inhabited since prehistoric times by the San tribes. Simply referred to as “Bushmen” in the past, these people had a rich culture, with natural history as well as rock art bearing witness of these people.

The migration of the Namaqua people leaving the South African territories and settling in the south, combined with the migration of the Bantu people coming from Central Africa during the 14th century, saw an integration of formation of further tribes in this corner of Africa.

Thus in Namibia today, we still find the San people speaking the Khoisan language dialects, but we also find the Oshiwambo (or Owambo), Kavango, OtjiHerero (or Herero) and the Ovahimba, Nama (speaking Khoekhoegowab, which is very similar to the Khoisan languages) and Damara, Tswana, siLozi (often referred to as Caprivians), Rehoboth Baster, Coloureds and Europeans (Afrikaans, English, German and many others). Many of these folk are still divided as different clans or tribes, but generally you will find that the above collective descriptions refer to a related language group. 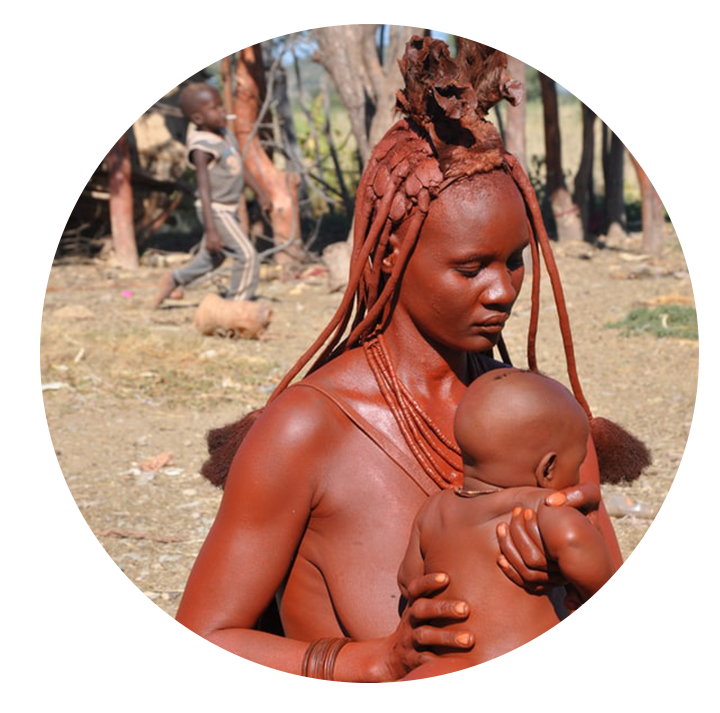 The Nama-Herero War broke out in 1880 and with one calling for assistance by the German Empire’s colonial forces – generally known as Schutztruppe – against the other, the colonial power ended up declaring the status quo as regards aerial rights. While the Portuguese seafarers Diogo Cão (in 1485) and Bartolomeu Dias (in 1486) had landed on this part of the African soil, it still took until the 19th century for Europeans to start exploring southwestern Africa. Initially these were mostly German or Swedish missionaries, but also the Dorsland Trekkers, who crossed the eastern parts of the country on their way to Angola. Some of them settled here and others returned much later, when told to leave southern Angola by the Portuguese colonial power there.

Namibia became a German colony in 1884 under Otto von Bismarck and was known as Deutsch-Südwestafrika (German South West Africa). This however excluded Walvis Bay and surrounds, which remained part of British South Africa.

It was during the years of 1904 to 1907 that the Herero and the Nama took up arms against the colonial power. This led to the still unsolved genocide that sees the Namibian and German governments having reached principal agreement on how this past injustice can be repaired, but many Herero and Nama folk continue to reject a deal that was not directly negotiated by themselves.

4 000 German soldiers surrendered to the South African troops under General Louis Botha on 9th July 1915. That was the end of Namibia’s direct involvement in the Great War and at the end of the war, Namibia was awarded to South Africa as a mandate under the Treaty of Versailles. South West Africa was governed by South Africa until independence on the 21st March 1990. During this rule al non-white people were essentially confined to so-called homelands, especially after the apartheid rule became effective.

Namibia gained its independence on 21 March 1990 after its first free and fair election at the end of 1989. The SWAPO-party has since ruled i Namibia as governing party. This was the result of continued border wars and a bush war that led to international pressure, which saw a UN-supervised election process

Namibia has a population of more than 2.5 million people spread over 825 615 square kilometers, making it the most scarcely populated country in Africa. The country is regarded as a stable multi-party parliamentary democracy. Agriculture, tourism and the mining industry are the mainstays of the economy. Namibia is best known for the Namib Desert and in the process it seems to be forgotten that the largest part of the country forms part of the Kalahari basin, with the Kalahari semi-desert becoming more visually evident in the southeastern part of the country.

Finding themselves mostly stuck between the Namib Desert and the Kalahari, Namibia’s people have learnt to survive under harsh circumstances with very low rainfall in the south and better downpours registered in the northeast.

The Nama population is found primarily in the south, while the Herero regard most of the central plains and the east as their traditional settlement areas – the Tswana people are an overflow of the People from Botswana in the east. The Damara folk are found in the central west and the Ovahimba claim the Kaokoveld as their home. The area above Etosha pan has always been home to the Owambo tribes while the Kavango people derive their name mostly from the Okavango River in which vicinity they reside. Finally the Lozi are found in what was previously known as the Caprivi Strip – in the meantime renamed as Zambezi Region.

Namibia is one of few countries in the world to specifically address conservation and protection of natural resources in its constitution. Article 95 states: “The State shall actively promote and maintain the welfare of the people by adopting international policies aimed at the following: maintenance of ecosystems, essential ecological processes, and biological diversity of Namibia, and utilization of living natural resources on a sustainable basis for the benefit of all Namibians, both present and future."